Do you listen to music, watch movies or TV, or play video games through headphones? Then you'll know how cool it is to experience headphone stereo sound...to hear different instruments in each ear, to hear music moving trippily from one side to the other, to notice an offscreen character's voice is coming from a single ear!

...unless you're one of the over 8% of Americans who has deafness or hearing loss in one ear. Or maybe for some other reason you need to listen to keep one ear open while listening to audio -- perhaps you're at work, jogging, DJing, or recording vocals in the studio!

In these cases, every time you listen to sound with headphones, you're only hearing 50% of it! Most modern recordings don't put the sound evenly in both channels, so you have to miss out on the awesome, incomparable experience that is stereo headphone listening. 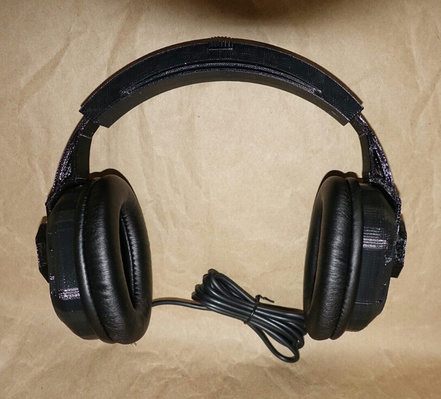 That is, until now.

Glassophonic is proud to present the Yuni -- the first headphone offering true stereo sound for individuals with unilateral deafness or who otherwise prefer single-sided audio!

Since most headphone manufacturers either neglect or are unaware of the needs of unilaterally deaf and other single-sided listeners, the options have been limited. Either miss half the music, or find a way to collapse the two stereo channels into a single channel and listen with one ear. But the interference between the two channels coming from the same speaker will boost some frequencies and cut others, resulting in a messy, cramped sound.

The Yuni gets around this problem with a revolutionary new stereo technology (patent pending) that places both stereo channels in a single earpiece, but with two separate speakers instead of just one -- one above, and one below the ear opening. This design takes advantage of our ear's natural shape, which functions to help us localize where sound is coming from. With the Yuni, you can hear and distinguish the two channels, identifying which sound is coming from which speakers. Even better, the music will sound truly spacious, not squished, and you can finally hear true stereo panning as the sound moves from one channel to the other!

If you're a unilaterally deaf music-lover who has never experienced these effects through headphones before, it may be difficult to appreciate how much your music will open up and come alive when it's played the way it was meant to be enjoyed...in stereo.

The Yuni looks like a standard headphone from the outside, and thus covers both ears. This avoids the problem of people in public trying to speak into your free (but impaired) ear, assuming that you'll be able to hear them; this is a major problem reported by unilaterally deaf users of existing single-sided headphone solutions (such as uni-earbuds or DJ headphones). Finally, the Yuni is reversible...a single model can accommodate you no matter what your needs. Just flip it so the speaker side is over your good ear!

If your job or hobby requires you to use headphones with one ear on and one ear off, you'll finally be able to do so without missing out on the stereo experience. Imagine tracking vocals in the studio while keeping one ear free to hear your own voice while still hearing where everything is in stereo space. Imagine being able to hear the house speakers with one ear while DJing, and hear the track on your 'phones in stereo. Imagine keeping one ear free while working, jogging, etc. and still being able to enjoy your favorite stereo tunes.

Bottom line: if you have unilateral hearing loss and listen to music, you NEED to own a Yuni!

Or, if you regularly listen to headphones through only one ear because you need to keep your other ear free while running, recording, working, DJing, or doing anything else -- you NEED to own a Yuni! 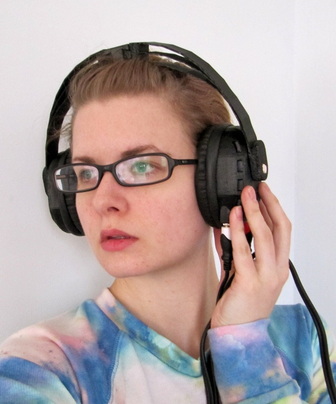 If you don't believe us that having two stereo tracks makes a lot of difference, try putting on headphones and listening to the studio version of "Purple Haze" by Jimi Hendrix, or the stereo remixes of the early mono-recorded Beatles albums, in which the vocal tracks are pushed almost entirely into the left ear with the instruments on the right. "Alone Again Or" by Love has the drums entirely in one ear. "Long Distance Runaround" by Yes, with two separate guitar tracks full in each channel, is a perfect example of how stereo listening can be crucial for enjoying the entire song. The album Led Zeppelin II is one of many rock albums that just isn't the same without stereo headphones.

Also, many video and computer games use stereo sound as a crucial element -- for example, to determine the direction that your enemies are attacking you from! If you have to play a game through headphones but are unable to use stereo sound to avoid danger, you're at a disadvantage! 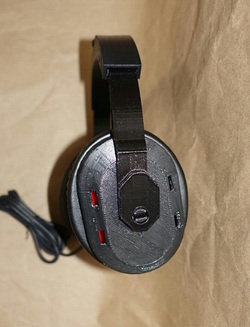 The Yuni utilizes two transducers with the following specs: 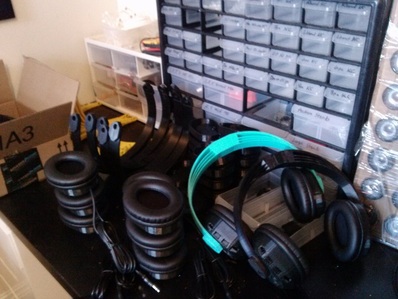 The Yuni workbench at Carrythewhat 3D Replications (the shop that produces the Yunis).